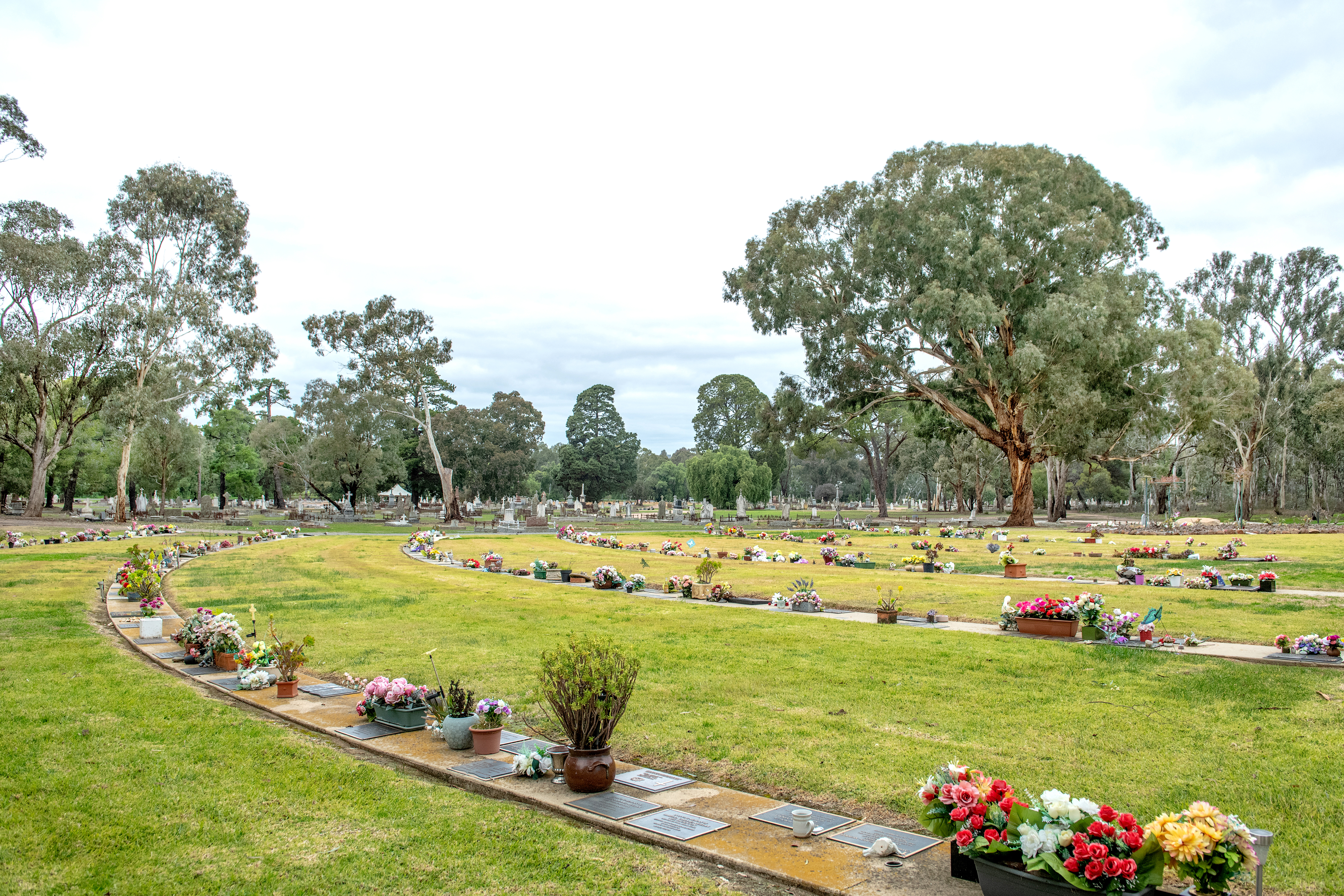 The park has expanded over time. An 1845 government survey of the region shows roughly 10 acres as burial ground. A later plan in 1857 shows a larger cemetery, with expansion to the south-west and north-west. Records show land for the White Hills cemetery being gazetted in 1874.
Due to this expansion, the original entrance site to the park is now found deep within the grounds and the gates have been moved to accommodate the larger area. The old sexton’s cottage, built in 1881, was situated at the original entrance point. The building site is still identifiable today, although the residence was demolished in 1945.

As one of Bendigo’s oldest burial grounds, many interesting monuments can be found here including a monument erected to the memory of Robert (Pump Handle) Benson; and the largest monument in the Remembrance Park – Major Robert Moorehead of the Prince of Wales Light Horse. 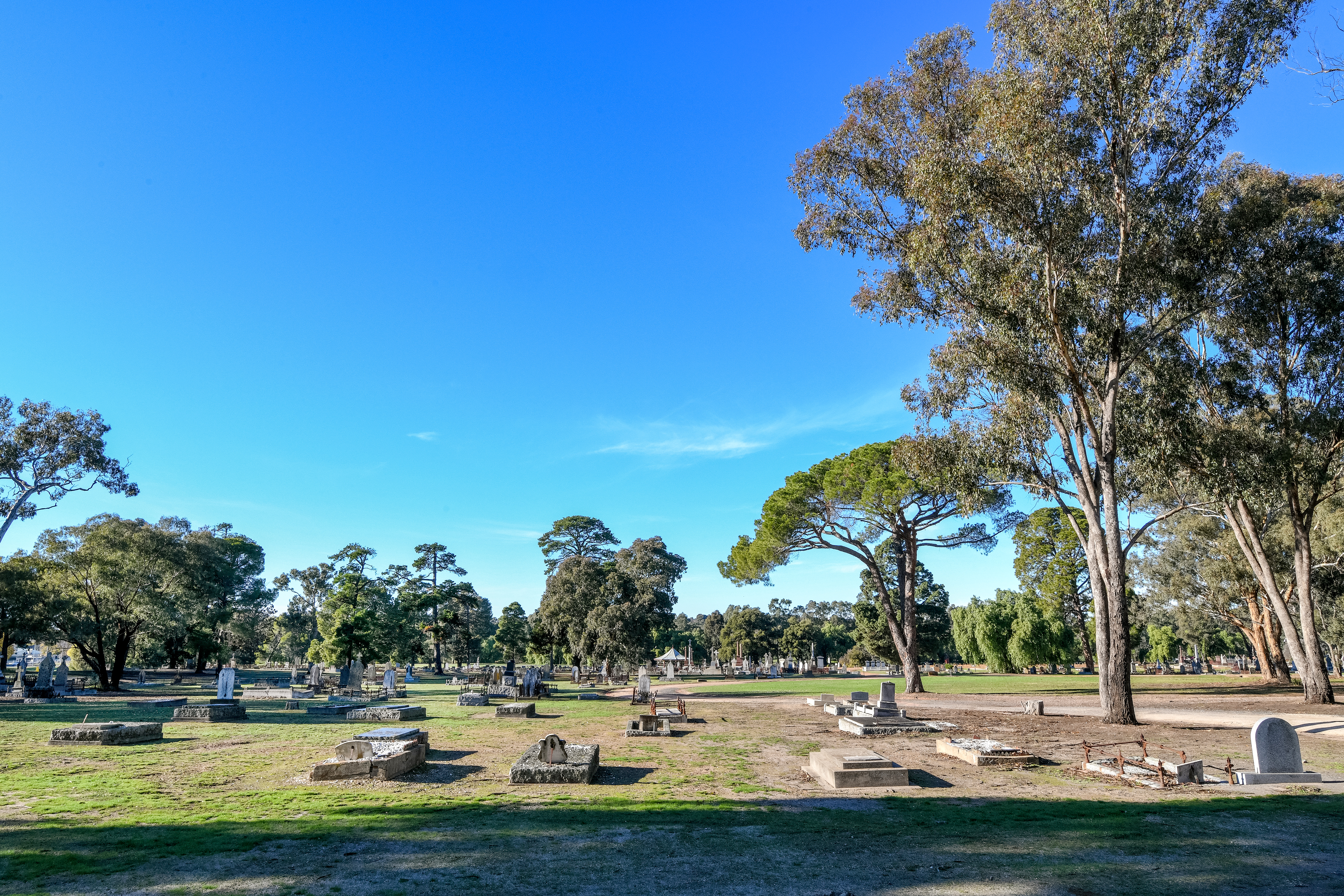 Botanical splendour is found at the White Hills Remembrance Park, with a collection of native and exotic flora throughout. The historic monumental section features a collection of conifers, including specimens of Long-Leaved Indian Pine, Coned Canary Island Pine, Aleppo Pine, Stone Pine and Monterey Pine. 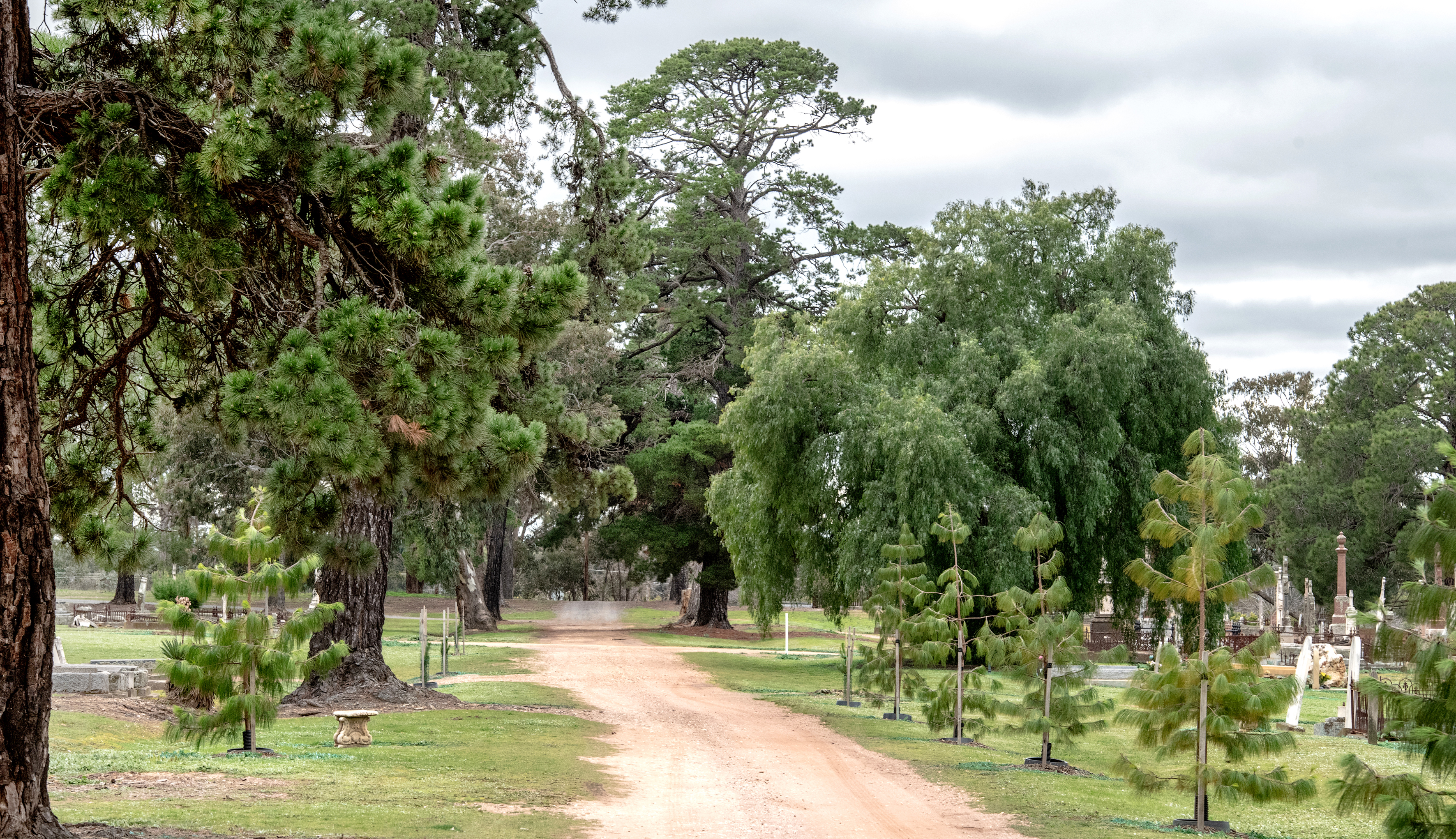 The White Hills Remembrance Park is listed on the Victorian Heritage Register as a substantially intact example of a mid-nineteenth century goldfields cemetery, with strong links to the Central Goldfields dating back to 1853.

Of particular significance is the site’s Chinese burial section, with the large number of burials here evidencing Chinese migration to Victoria in the 1850s. White Hills Remembrance Park has the largest number of Chinese footstones in Victoria and a rare 1870’s Chinese Funerary Burner, a reflection of the religious customs and traditions practiced by the Chinese mining colony, and still utilised by members of the Chinese community today. 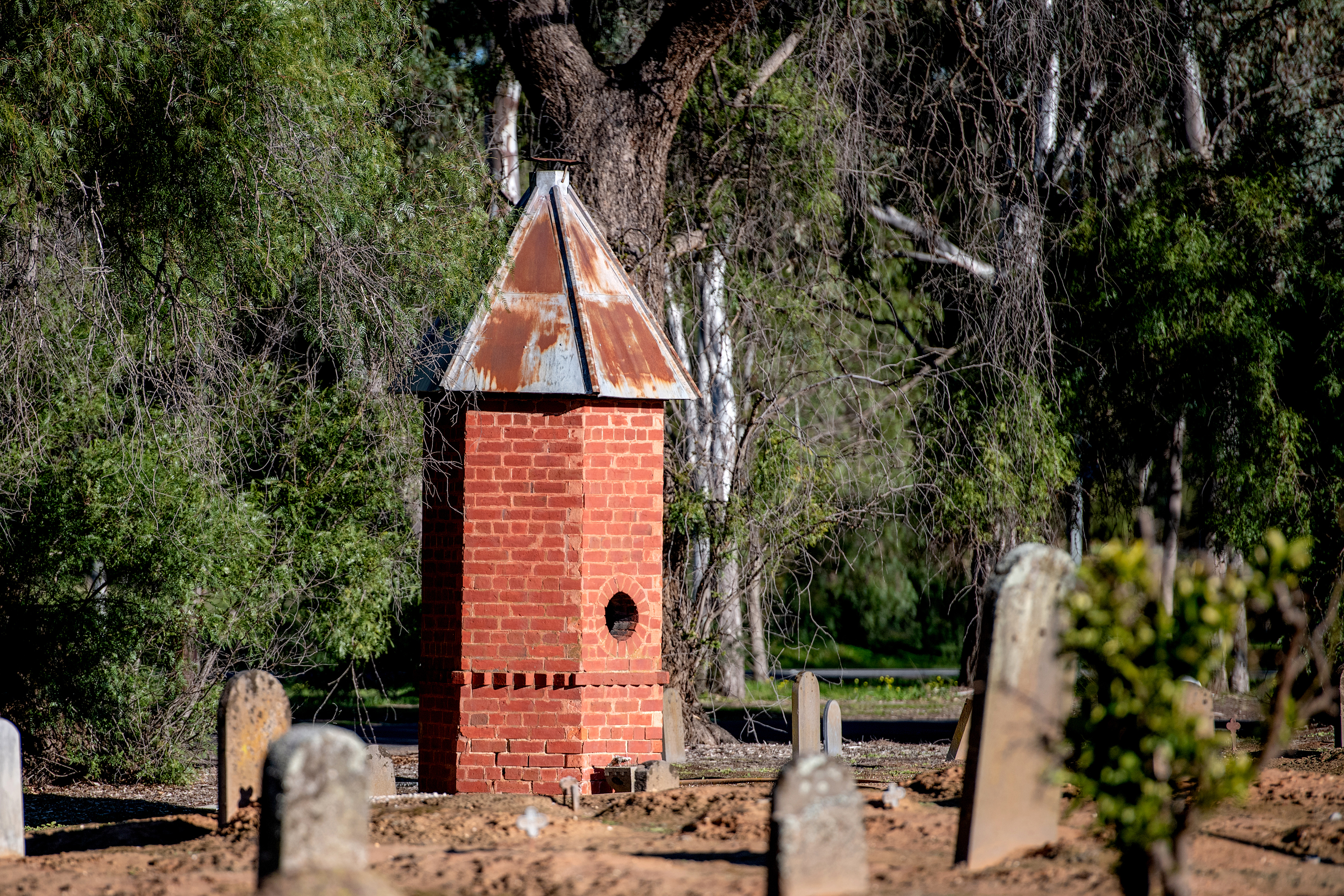 This park also holds architectural significance. The cast iron fence and gates situated at the Holdsworth Road entrance are representative examples of typical nineteenth century cemetery features and were designed by Bendigo Architect William Charles Vahland in 1881 (Vahland is now buried at the Bendigo Remembrance Park).
In 2020, restoration works on the fence and gate were completed. A project made possible by grants received through the Victorian Government’s Living Heritage Program. The gates now stand once again painted in heritage green, welcoming visitors to the park. 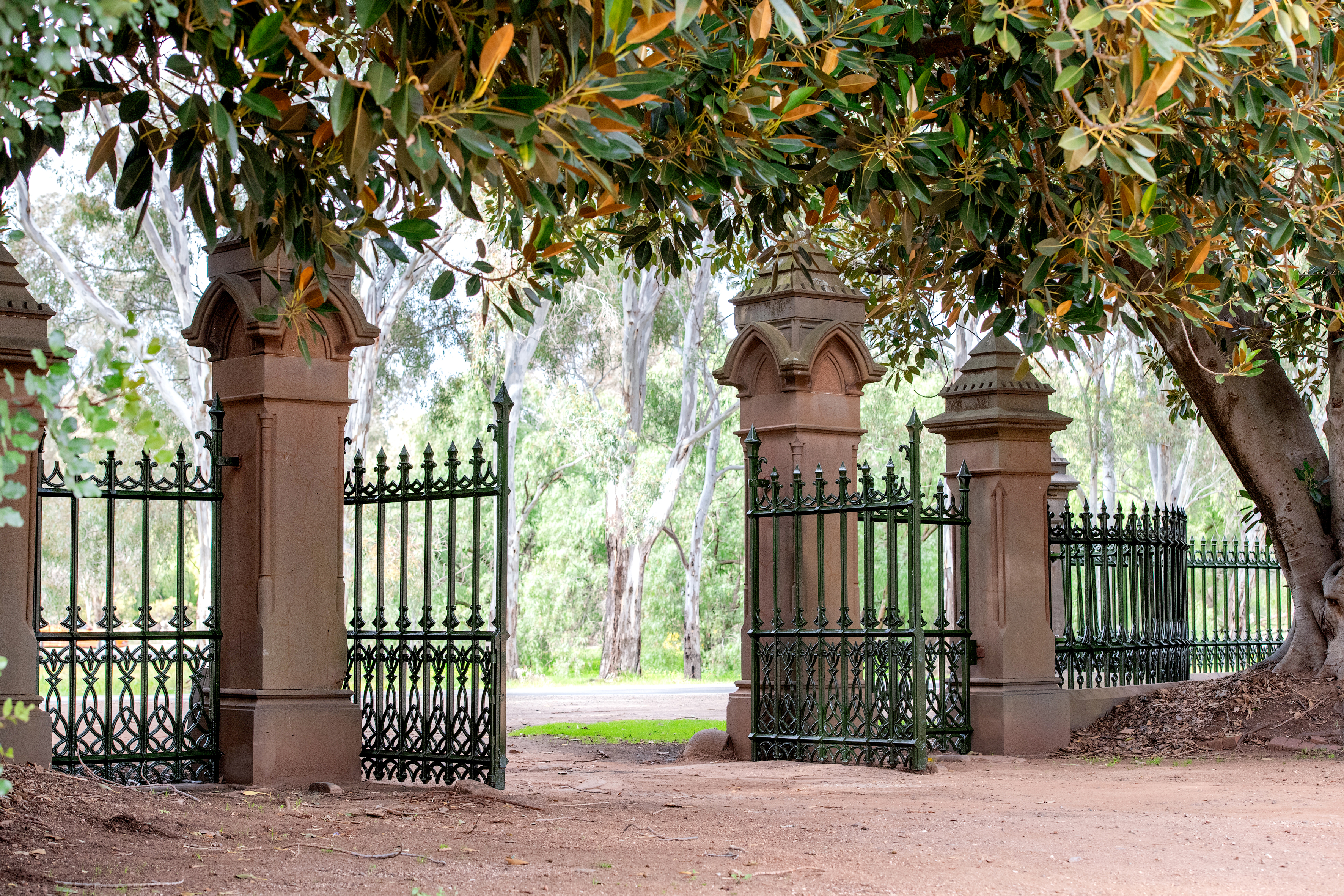 Also in 2020, a restoration project facilitated by RPCV and in conjunction with WDEA works was also undertaken to repair and refurbish the historical Rotunda. Built in 1898, the Victorian style rotunda is one of the enduring pieces of historical architecture at the site. Preservation of these important landmarks solidifies the White Hills Remembrance Park as a cemetery for visitors to experience as a timestamp of the gold rush era. 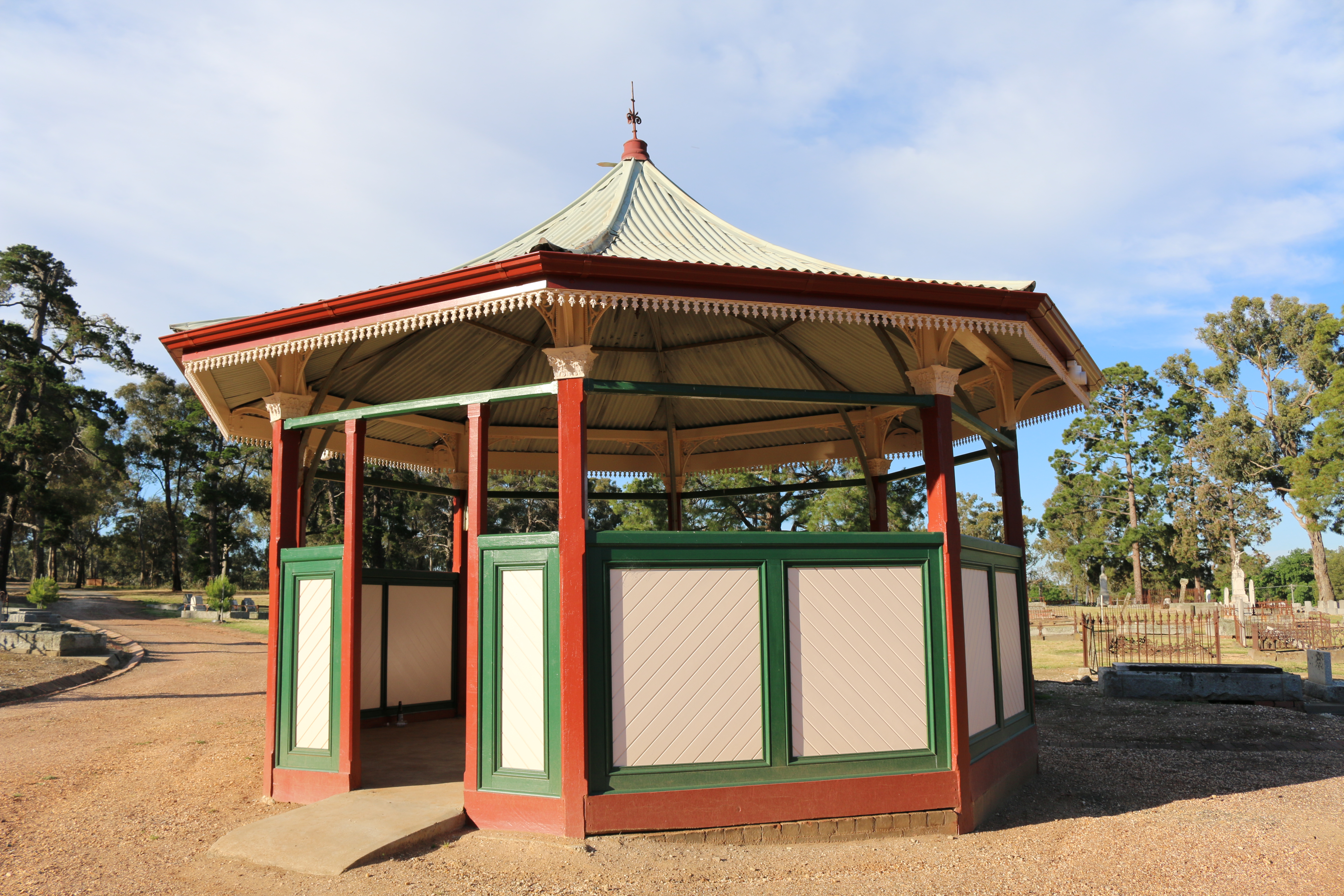 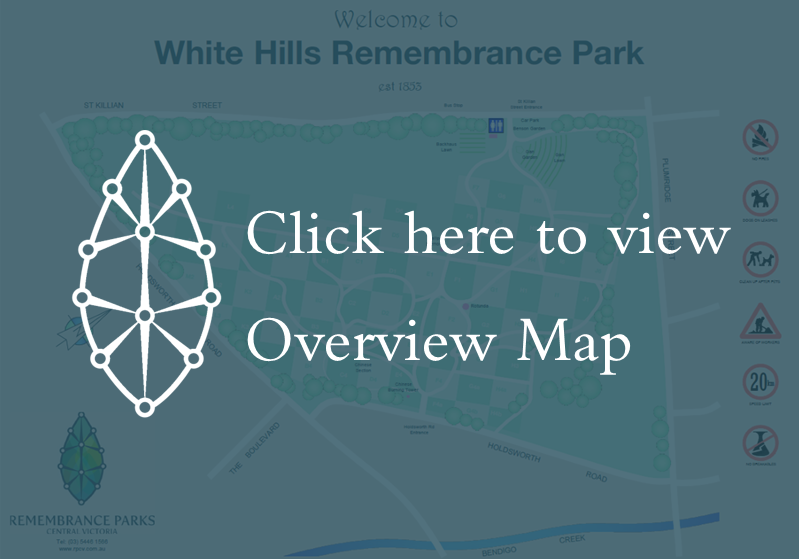 A comprehensive list of the old and new names can be found on our Fact Sheet No 4 here.