The original 5 acre parcel of land for Kialla West Cemetery was recorded as being set aside for cemetery purpose use in the Victorian Government Gazette on 11 July 1884.  The first Kialla West Cemetery Trust was subsequently gazetted on 17 October 1884 comprising of seven trust members.

After the local government amalgamations in 1994 the Shire of Shepparton was combined into the newly created Greater Shepparton City Council (GSCC) with the responsibilities of the Trust transferring with it.

As of 1st July 2019, Remembrance Parks Central Victoria is now responsible for the management and operation of Kialla West Cemetery.

Kialla West Cemetery is welcoming, peaceful and respectful of the values, beliefs and customs of all members of the community. This Cemetery was established with a traditional denominational layout, which is still evident today.

The following sections are provided within the cemetery: 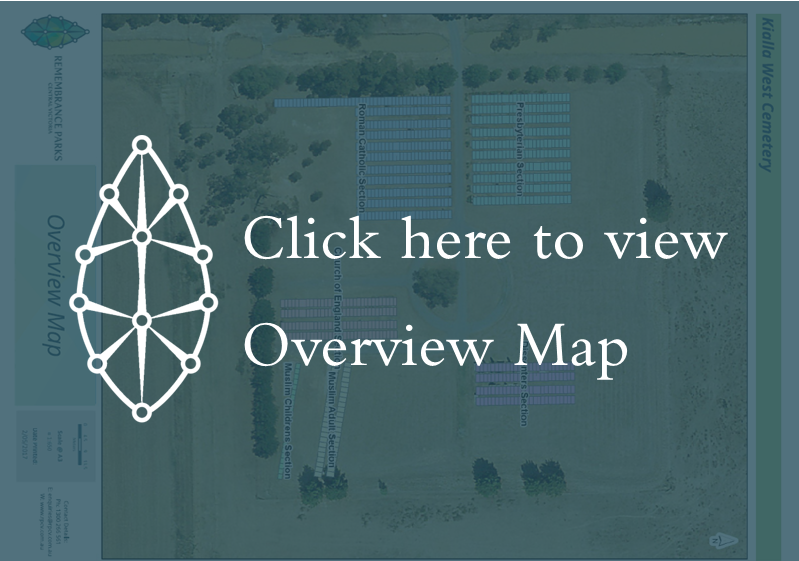