The Kangaroo Flat Remembrance Park is unique among Bendigo cemeteries, as all lawn graves on site have upright headstones, rather than plaques on beams.
In addition to lawn burials, monumental burials also take place here and there are rose gardens, weepring roses, a shrub garden and memorial lawn where families can establish memorials.

To learn more about memorials, please vist our page here. 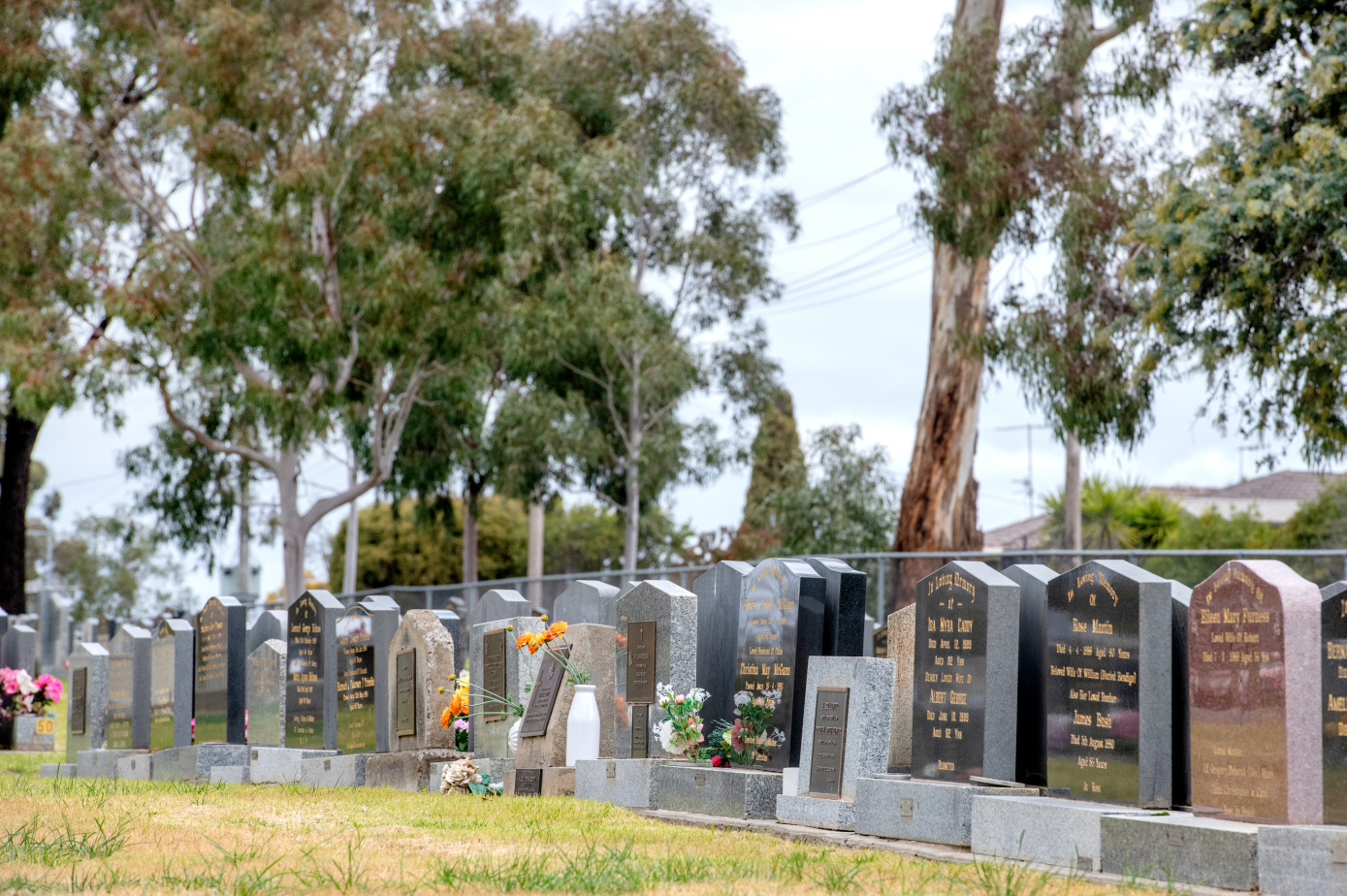 Four hectares in size, this cemetery has served the community since the 1800s. William Pittaway is credited with designing the layout of the monumental sections, separated into religious denomination by pathways. The sections branch in a cloverleaf design, a popular shape in early cemetery construct. There are seven monumental sections: Roman Catholic, Methodist, Presbyterian and four Church of England.

Burials on site are believed to have commenced in 1855, although land for the cemetery is recorded as being gazetted in 1874. Dates of passing earlier than 1855 are recorded on some headstones on site, which may have resulted at the time graves from the Sandhurst Burial ground in Bridge Street were exhumed and moved to a new resting place.

Following the passing of a Government Act in 1854, the Sandhurst Burial Ground was forced to close as the Act stated that ‘a burial ground must be at least 1 mile from a town.’ Notices were issued in local newspapers informing relatives of the council’s intention to exhume graves and reinter at other cemeteries.

A slate memorial erected in memory of the infant children of Hames and Mary Luxton is one of the earliest monuments erected in this remembrance park.  Elizabeth Ann Luxton passed in 1854 and was originally buried at the Sandhurst Burial ground. 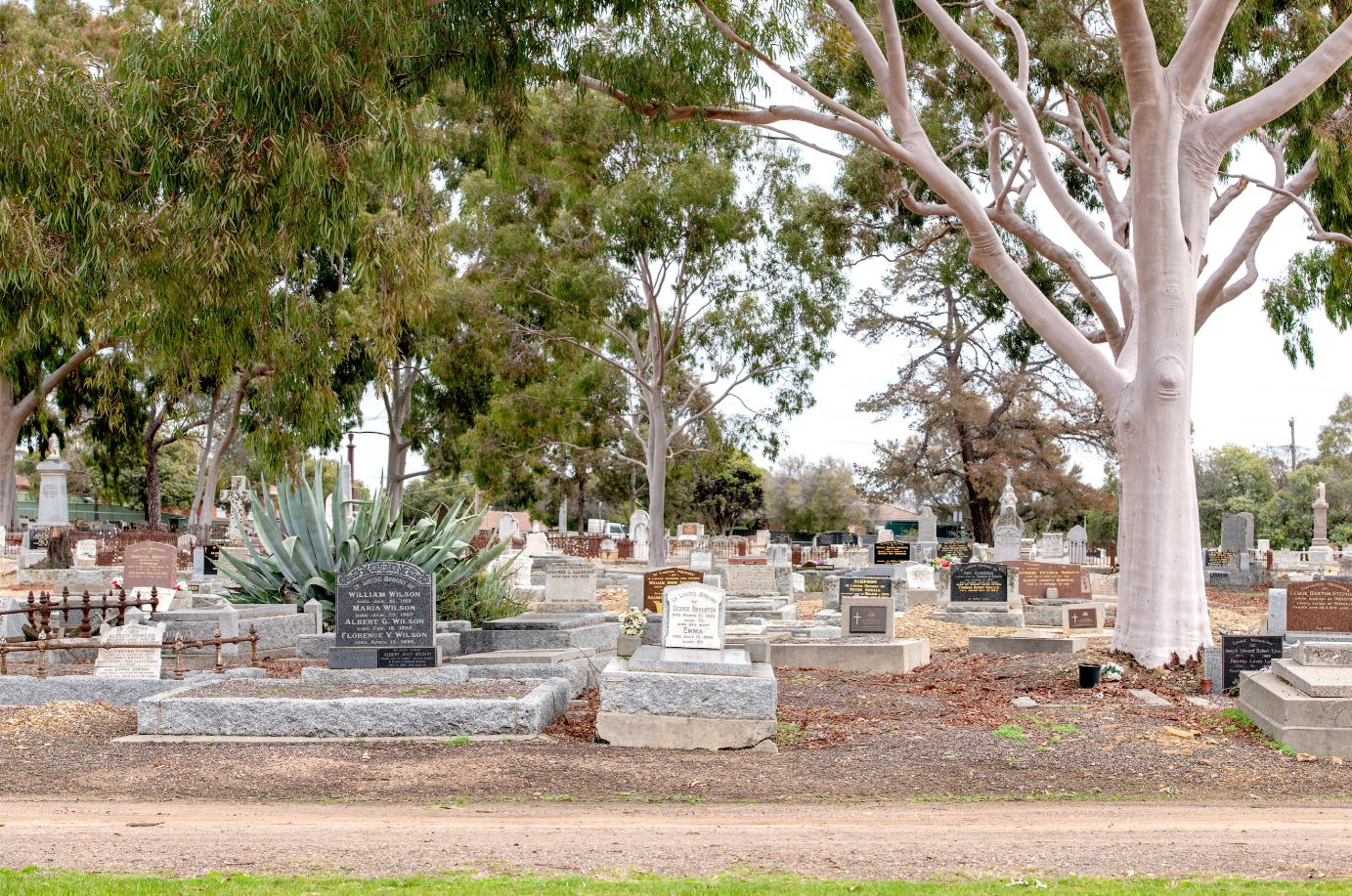 A small timber chapel has been preserved at Kangaroo Flat, located inside the main entrance off Helm Street. Rose gardens, weeping roses and a memorial lawn surround the chapel.
A rotunda was previously found within the monumental section of the park, although it no longer stands there today. 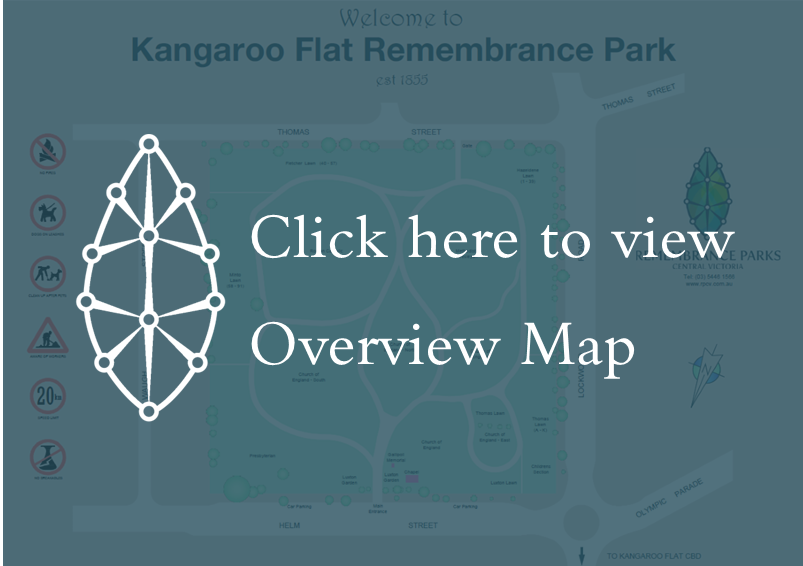 Previously, lawns were numbered as a form of identification.
A map reflecting the old system can be found here: